It turned out that his office was just the right shape and at the right distance to resonate in sympathy with an air conditioning plant on a nearby rooftop. It was this rhythm, at seven cycles per second, that was making him sick. Interest awakened, Gavraud went on to build an infrasound generator that resembled a police whistle, but six feet long and powered by compressed air. 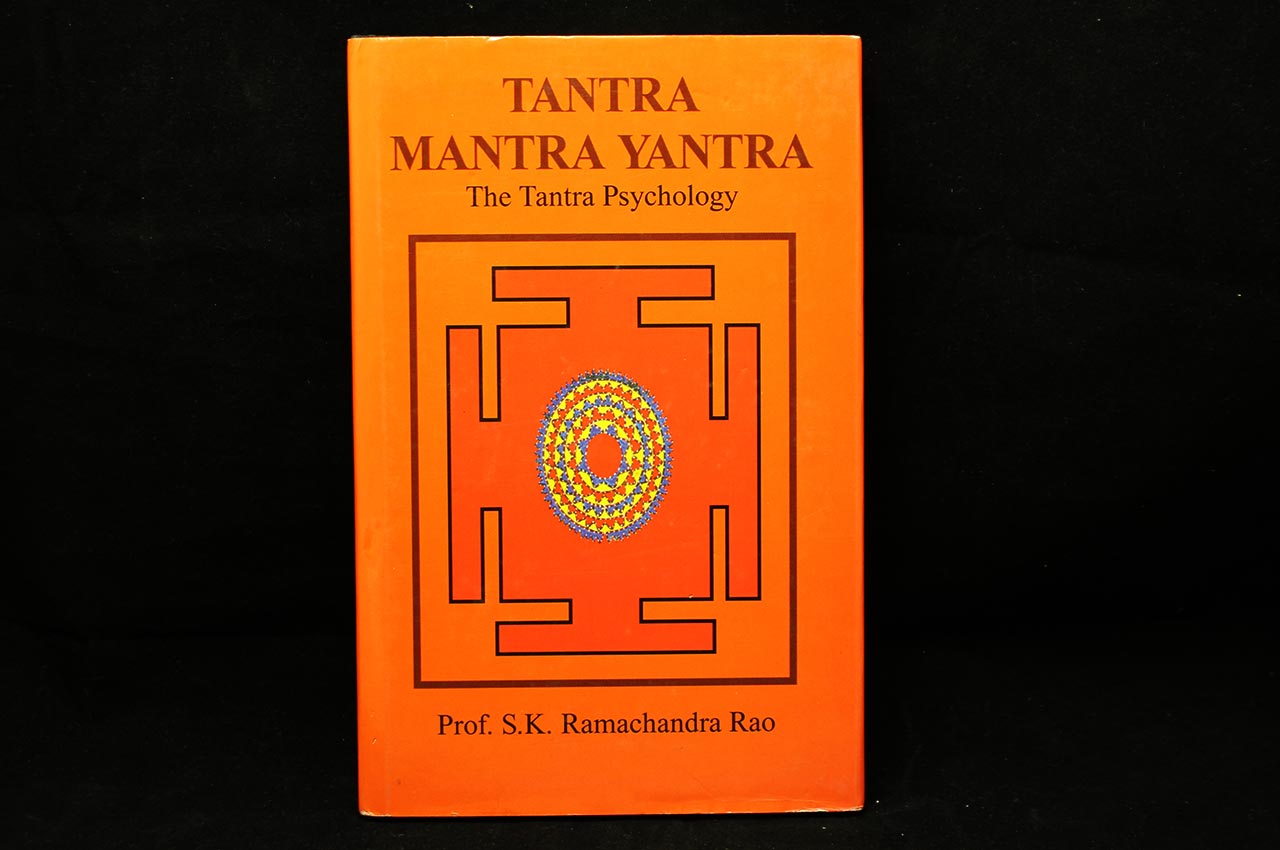 The first trial was so successful in producing a whole range of low frequency sounds that the operating technician dropped dead. A post-mortem showed that all his internal organs had been reduced to jelly by the vibrations. Another such generator has been independently developed as a riot-control device. This instrument emits sound waves that have a devastating effect on the human intestinal tract, causing rioters to evacuate their bowels on the spot. Appropriately enough, it is called 'the curdler'.

We don't know the exact mechanism that accounts for the body's reaction to these ultra and infrasonic waves, but the work of Russian scientist Lakhovsky is in some ways related. Lakhovsky pioneered radio biology by using radio waves to enhance healing and general metabolism in plants, birds, animals and people. He pointed out that the nucleus of a living cell may be compared to an electrical oscillating circuit.


This nucleus contains the chromosomes and other filament like structures floating in a fluid that contains all the mineral salts found in sea water one of the best-known conductors. According to Lakhovsky, these filaments constitute minute oscillating circuits which are comparable to the circuits, coils and windings of radio receivers. Thus, living cells can play the part of transmitters or receivers for exceedingly short radio waves which give rise to high frequency currents in the circuits of the cell nucleus.

Although this theory needs further validation, it does suggest why cells might be so sensitive to sound waves. Certainly Lakhovsky's view is in agreement with the tantric insight that every unit of man's organism is capable of tuning in to the harmonies of a singing universe. Although it's debatable that all the mind is in the body, it is well established that 'all the body is in the mind', so that the sound waves which have such astounding organic repercussions are also likely to affect human consciousness.

While the brain is not the mind and the mind is not consciousness the brain and nervous system are the physical mediators of consciousness. In it was discovered that the brain also exhibits a rhythmic wave pattern which can be measured on an electroencephalogram EEG. There are four basic brain patterns which have been named beta, alpha, theta and delta. Delta rhythms are the slowest, running between one and three cycles per second, and are characteristic of deep sleep. Theta rhythms have a frequency of four to seven cycles per second, and seem to be associated with deep relaxation and creativity.

Alpha rhythms indicate relaxed but heightened awareness and vary between eight and twelve cycles per second.

Beta waves, between thirteen and twenty-two cycles per second, seem to be confined to the frontal thinking area of the brain and are the rhythm of our everyday, waking consciousness. The discovery of brainwaves set scientists on the search for the physical roots of consciousness, their findings bringing them closer to the science of consciousness- tantra.

As a result, they have found that the predominant brainwave pattern can be altered by superimposing another rhythm through the senses. For instance, a light flashing into a subject's eyes at a regular rate imposes a new rhythm on his natural brain rhythm, altering EEG patterns and producing changes in consciousness. This is the principle behind the efforts of mothers to soothe their babies to sleep by humming lullabies.

Vibrations of a frequency too low to hear could account for other, less pleasant, mood changes such as the feelings of depression and fear that seem to be attached to certain places. It has been reported that visitors to Santorini, off the southern tip of Greece, feel intensely uncomfortable and rarely stay more than a day or two. This island is the remnant of a volcanic explosion in BC and suffered an earthquake in The seismological station now established there reports a constant undercurrent of extremely low frequency earth murmurs which could influence the emotional patterns of people in the area.

Similar vibrations are associated with earthquakes, starting minutes before the first obvious tremors of the quake proper. These vibrations have a range of seven to fourteen cycles per second, which is precisely the frequency associated with emotional disturbance and physical unease. It is now thought that these warning rumbles are the signal that sets animals running from earthquake zones hours before the rupture, and that they may be responsible for the extreme terror and panic experienced by people involved in even minor quakes. To the tantric, the connection between sound and consciousness is not at all dubious.

Having struck the initial chord of the universal symphony, the primal sound reverberates eternally through time and space along a continuum of manifestation from subtle to gross. The first condition of sound is called para nada, supreme, unmanifest sound. As yet, form has not come into existence, so there can be no striking of one object against another. Hence this is the stage of un-struck sound, energy resounding on itself. Yogis experience this as the anahata-dhvani, the sound of silence in the heart chakra.

The second condition of sound extends para nada in different dimensions and is known as pasyanti nada. Sound energy in this state begins to take on form and moves toward the visible. Just as ultrasonic waves have a counterpart in the ultraviolet radiations of the visible spectrum and infrasounds correspond to infrared light, so at this stage sound merges with light, giving rise to the third condition, madhyama nada, luminous sound.

Madhyama manifests as patterns and curves waveforms which make possible the enclosure and definition of space, and project the original sound in forms experienced as audible sound, vaikhari, the infinite manifestations of the sound cosmos. These four conditions do not arise one after the other, they are not an evolutionary sequence. Rather they coexist simultaneously, like the overtones and undertones of a musical chord. In the tantric experience, everything in the universe originates in, is constituted of, sound.

It has been demonstrated that muscles under tension produce audible sound, and a violin laying still on a table is always humming gently to itself, not to mention the sizzle and howl of high-tension electric cables on an absolutely calm day.

As acoustic research has shown, everything everywhere emits sound, even if it is too low or too high for us to hear it at the moment. However, it will not be too long before we do, for we are rapidly pushing back the limits of auditory perception, with the help of various electronic devices which convert inaudible sounds into signals within the normal hearing range. Everything we experience through the senses as tangible matter, all that we feel, all that we think, is sound energy of a particular concentration and frequency, a more or less complex pattern of sound waves!

Whenever a thought arises an unheard sound is formed. It progresses through pasyanti on the borders of awareness to surface in the mind as madhyama, mental sound, the internal dialogue which becomes audible vaikhari through action, usually vocal action or speech. Speech is made visible by writing, linking sound and sight, frequency and form. However, the practices, mantras and ideas of the Atharva Veda are markedly different from those of the prior three and show signs of powerful non-Aryan influence. Indeed, the Atharva Veda is cited by many Tantra texts as a source of great knowledge.

Tantra exists for spiritual seekers in the age of Kaliyuga, when Vedic practices no longer apply to the current state of morality and Tantra is the most direct means to realization.

Shiva is known in Hinduism as 'Yogiraj' or 'Yogeshwara,' 'The King of Yoga' or 'God of Yoga' while his consort is considered his perfect feminine equal. This extract from the beginning of the Yoni Tantra translated by Mike Magee gives an idea of the style. Buddhist tantrism is also practiced to a lesser extent in East Asia. Japan's Shingon sect, for example, practices tantric veneration of the deity Vairocana. New Age appropriations of tantra usually disregard requirements involving guruparampara and ritual conduct, though they otherwise adopt many of the terms and concepts of Indian tantra.

In these circles, "tantra" is often a synonym for sacred sexuality, i. Because of the wide range of groups covered by the term "tantra," it is hard to describe tantric practices definitively. The basic practice, the Hindu image-worship known as " puja " may include any of the elements below. Mantra and Yantra : As in all of Hindu and Buddhist yogas, mantras play an important part in Tantra for focusing the mind, often through the conduit of specific Hindu gods like Shiva, Ma Kali mother Kali, another form of Shakti and even Ganesh , the elephant-headed god of wisdom refer to the Ganesha Upanishad.

Similarly, puja will often involve concentrating on a yantra or mandala. Identification with deities : Tantra, being a development of early Hindu-Vedic thought, embraced the Hindu gods and goddesses, especially Shiva and Shakti, along the Advaita nondualist Vedic philosophy that each represents an aspect of the ultimate Para Shiva, or Brahman.

These deities may be worshipped externally with flowers, incense etc. The ancient devadasi tradition of sacred temple-dance, seen in the contemporary Bharata Natyam is an example of such meditation in movement.


The divine love is expressed in Sringara and Bhakti. Concentration on the body : Tantrikas generally see the body as a microcosm; thus in the Kaulajnana-nirnaya , for example, the practitioner meditates on the head as the moon , the heart as the sun and the genitals as fire.

Many groups hold that the body contains a series of energy centres chakra - "wheel" , which may be associated with elements, planets or occult powers siddhi.